Detectives are hoping a $500,000 reward will be the key to solving an “extremely vicious” sex assault cold case in Melbourne’s inner-east more than 35 years ago.

The daughter of a woman who was violently attacked and sexually assaulted in Melbourne's inner-east more than 35 years ago is hoping a $500,000 reward will be the key to solving the cold case.

The woman was sleeping alone in her Adam Street apartment in Burnley on May 27 in 1985, when an unknown man - and possibly a second offender - climbed through the window about 11pm.

The man threatened the then-69-year-old woman with a knife, before seriously physically and sexually assaulting her in a "prolonged attack", which police have described as "extremely vicious". 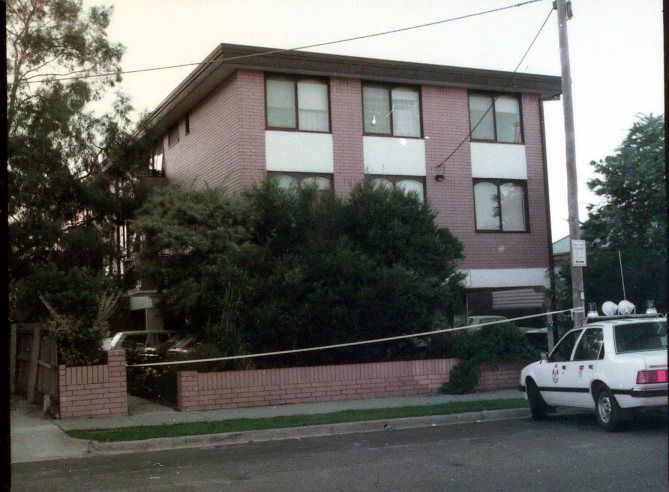 "It was extremely violent in nature ... we've never seen another one like this one.

"The person who did this is extremely violent, callous, almost inhumane."

The victim's daughter today said her mother believed a second man was ransacking the house while she was being attacked.

She remained in intensive care for eight weeks due to her serious injuries.

The victim's daughter, who was 42 at the time, recalled the pain her mother endured months after the attack.

"My mother never got it over it," she said.

"It was so violent, you can't believe that people would do something like that to someone of her age.

"I want whoever is responsible to take ownership of what they have done.

"I want them to front up. I just want police to get the mongrels.

"It destroyed her life after that and she was never the same.

"My mother may no longer be here, but the monster who did this to her needs to be held accountable for the pain he caused her, both physically and emotionally.

"I just hope someone can provide the crucial piece of information police need to solve this for our mum so she can rest in peace."

The attack received significant media coverage in 1985, with police making a number of appeals to the public for information to track down the offender.

A reward of up to $500,000 will be paid at the discretion of the Chief Commissioner of Police for information leading to the arrest and conviction of the person or those responsible for the sexual assault.

Det. Insp. Goldrick said police were hopeful that today's appeal could lead to a breakthrough in the case.

"Experience has shown us with cases like this that a lot can change over time," she said.

"There were a number of calls from people with information at the time and we are appealing for those people to contact us again.

"Our investigators haven't given up on the possibility on solving this case, but we really need the community's help." 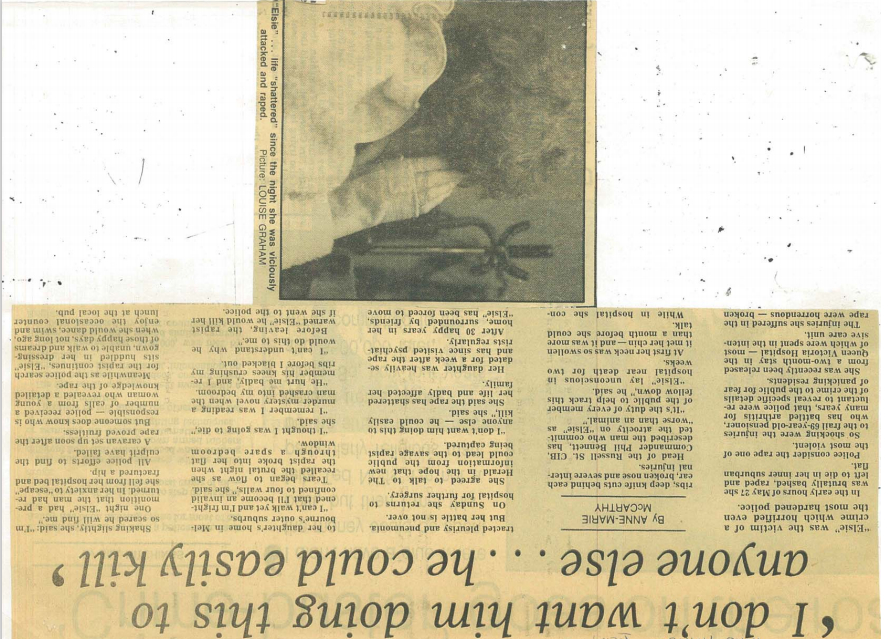 "This was a violent attack on one of the most vulnerable members of our community and we are hopeful of finally being able to give the family some answers and hold the perpetrator to account," she said.

READ:  US debt will soon exceed size of entire economy

"If you know anything about this incident, then now is the time for you to come forward and speak to us."

The offender was described by the victim at the time as a man with blonde hair that may have been bleached with blue eyes, and aged about 55 to 65 years old now.

Anyone with any information in relation to the incident is urged to contact Crime Stoppers on 1800 333 000.