Netflix has a high turnover rate for its movie library. Some movies, like the “Lord of the Rings” trilogy, seem to be caught in an endless cycle of leaving and returning to the service. (The second and third “LOTR” films are cur… 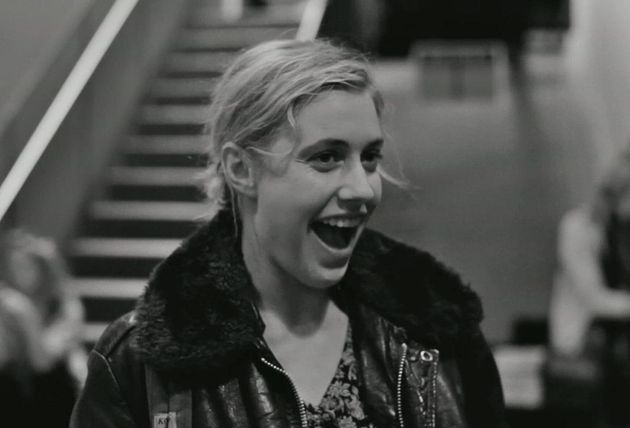 Netflix has a high turnover rate for its movie library. Some movies, like the “Lord of the Rings” trilogy, seem to be caught in an endless cycle of leaving and returning to the service. (The second and third “LOTR” films are currently on Netflix, but the first is not.) And with the Netflix home screen often promoting Netflix Original content above all else, it’s easy to miss the full breadth of movies the service has to offer at any given time.

With that in mind, I’ve compiled a list of excellent movies on the service from the last decade. I skipped recommending Netflix Original Films (such as “Marriage Story” and “The Irishman”) as the service does plenty to advertise those. I also refrained from recommending super popular movies such as “The Matrix” and “Indiana Jones” series, as I figure fans of those will find the movies naturally.

Basically, I strived to recommend movies that will hopefully elicit an “Oh yeah, that movie” response, as these are all movies that earned critical acclaim at the time, but may not be top of mind anymore.

That said, some of the movies in this list were still massively popular and heavily accoladed, so I admit there was no hard rule I stuck to. Or at least, no hard rule except sticking to movies I think you’ll like.

Read on for the list with accompanying trailers and additional info.

And if you want to stay informed of everything joining Netflix on a weekly basis, subscribe to the Streamline newsletter.

In this comedic drama, a single mother and her younger neighbors help raise a young boy in Santa Barbara, California, during the end of the 1970s.

In this psychological drama, an aimless war veteran stumbles into a nascent religious cult in 1950.

Paul Thomas Anderson directed the movie and wrote the screenplay.

In this drama, a young mother and her son try to escape captivity from the man who keeps them hostage and routinely rapes the woman.

In this period drama, President Abraham Lincoln attempts to keep the United States together and bring the Civil War to a close.

In this drama, a married couple in Tehran have differing views on leaving the country, an argument that leads to further struggle.

In this drama, a counselor tries to help at-risk teens in California.

As The Ringer wrote about last year, “Short Term 12” served as a breakout movie for many of today’s biggest acting stars.

In this drama, a gay Black man searches for parent figures and feels he must suppress his identity while growing up in Miami, Florida.

Barry Jenkins directed the movie and wrote the screenplay.

In this heist thriller, two brothers commit a series of bank heists while an aging Texas Ranger tries to catch them.

In this comedic drama, a young woman with artistic ambitions matures into an artist and adult in New York City.

“Frances Ha” earned one Golden Globe nomination: Best Performance By an Actress in a Motion Picture ― Musical or Comedy (Greta Gerwig). This served as the first co-writing partnership between Noah Baumbach and Greta Gerwig, who are now romantic partners.

Noah Baumbach directed the movie and co-wrote the screenplay with Gerwig.

In this absurdist comedy, a recently single man must find a partner within 45 days or he’ll be forcibly turned into a lobster.

Yorgos Lanthimos directed the movie and co-wrote the screenplay.

In this period drama, Steve Jobs becomes one of the most venerated tech leaders in history while ignoring friendships and familial obligations.

In this satirical thriller, the world has frozen over and only the highly segregated occupants of a train survive.

“Snowpiercer” served as director and writer Bong Joon-ho’s American breakout. He would later go on to create “Parasite,” which is currently nominated for multiple Academy Awards at the upcoming ceremony.

Bong Joon-ho directed the movie and co-wrote the screenplay.

In this comedy, nuns in a convent break religious rules and cause havoc.

“The Little Hours” has a long cast of comedy stars from the 2010s.

In this speculative dramatic comedy, a newly single man in a futuristic city falls in love with a Siri-like operating system.

“Her” won one Academy Award and earned four nominations. The movie won for Best Original Screenplay and notably received a Best Picture nomination.

Spike Jonze directed the movie and wrote the screenplay.

In this animated superhero movie, a young, Black Spider-Man discovers the existence of other universes (and other Spider-Men) that will come to help him save his own universe.

In this comedy, a struggling comedian has an accidental pregnancy that forces her to reckon with her life in New York City.

In this comedy, a man learns he has tumors in his spine and a doctor tells him he has a 50% chance of survival.

In this coming-of-age comedy, a high school junior must find a new place in the world when her best friend starts dating her brother.

“The Edge of Seventeen” earned one Golden Globe nomination for Best Performance by an Actress in a Motion Picture ― Musical or Comedy (Hailee Steinfeld).

In this action drama, a Hollywood stuntman also works as a getaway driver for violent criminals.

In this psychological mystery drama, a young man in South Korea stumbles into a deceptive situation of complicated friendship.

“Burning” made President Barack Obama’s list of favorite movies from 2018.

In this horror thriller, a punk rock band accidentally witnesses a crime by a white power skinhead group and subsequently becomes the new targets of the skinheads’ violence.

“Green Room” established Jeremy Saulnier as one of the best contemporary horror directors.

Jeremy Saulnier directed the movie and wrote the screenplay.

In this psychological thriller, a personal shopper to a supermodel thinks she might be getting text messages from her dead brother, who said he would give her a sign from the afterlife.

In this science fiction thriller, a programmer tests the capabilities of a beautiful robot developed by his company, but learns the robot may be more powerful than intended.

In this comedic drama, a gay comedy writer moves back to his conservative household to help take care of his mother, who is dying of cancer.

In this comedy, an inseparable improv group has to come to terms with individual members achieving differing trajectories of success.

Birbiglia directed the movie and wrote the screenplay.