London is one of the world’s most popular tourist destinations and for good reason. The city is full of historic sites, delicious restaurants, beautiful views, cultural diversity and more. Although locals are generally welcoming of tourists,… 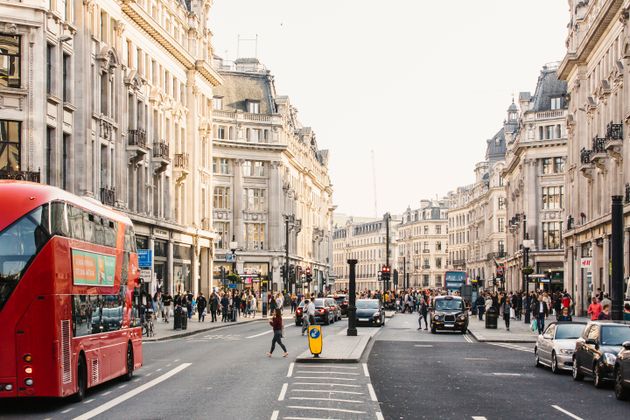 London is one of the world’s most popular tourist destinations and for good reason. The city is full of historic sites, delicious restaurants, beautiful views, cultural diversity and more.

Although locals are generally welcoming of tourists, they also don’t hesitate to point out the mistakes visitors often make during their time in the British capital. We asked people who’ve lived in London to share some of the faux pas they’ve observed.

From transit mishaps to poor planning, here are 25 mistakes tourists often make while visiting London ― and some advice for avoiding these errors during your travels.

1. Going Inside The Red Phone Booths

“Tourists visiting London often make the mistake of thinking the classic red telephone booths are great places to walk inside and take photos in. However, many booths are used by late night partygoers as urinals, so it’s best to capture that epic photo from outside the booth.” ― Eulanda and Omo Osagiede, bloggers at Hey! Dip Your Toes In

2. Taking Too Many Taxis

“One of the biggest mistakes I see visitors make in London is assuming that taking a taxi will be faster than taking the tube. London is vast, and traffic can be bad at any time of day. So it’s almost always faster to hop on the Underground to get where you’re going. This is particularly true at rush hour, but can also be the case in the middle of the night.” ― Julie Falconer, blogger at A Lady in London

3. Standing On The Wrong Side Of The Escalator

“Always stand to the right on the escalators in the tube stations. Be warned, if you stand on the left, you will get confronted by an irate commuter to ‘MOVE’ as they sprint up the escalators on the left!” ― Ed Rex, blogger at Rexy Edventures

“For me, the most annoying parts about living in London as a local is the slow pace at which tourists all meander through the streets. And they stand on the wrong side of the escalator.” ― Aftab Pathan, blogger at Fresh & Fearless

“Don’t think that you have to stay somewhere very central, when you really really don’t. Stay in zone 3 or 4 and hop on the tube each day ― you’ll save a fortune.” ― Poppy Loves, blogger at Poppy Loves 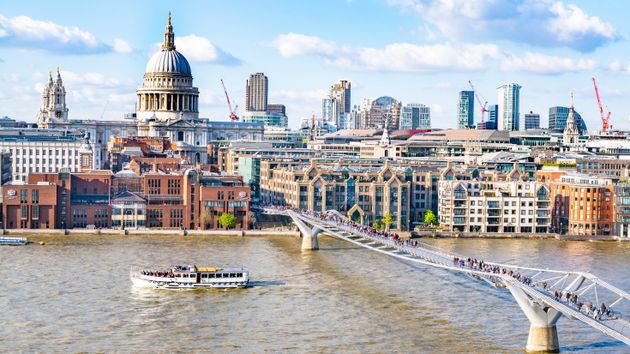 5. Paying For The View From The Shard

“Tourists pay £25 to go up to The View from The Shard. One of the best sky-high views in London is from Sky Garden, and entry is completely free.” ― Kelsey Heinrichs, blogger at Kelsey in London

7. Having Unrealistic Expectations Of Brits

“Us Brits are nice enough, but if you’re expecting a nation of Mr. Darcys willing to throw coats over puddles, you’ll be sorely disappointed. However, there is still enough chivalry to go around, just manage expectations.” ― Carl Thompson, blogger and founder of Hawkins & Shepherd

“Don’t use the Underground when you can walk the same journey faster. If your start and end destinations are within three or four stops of each other and you have some time to spare, I would consider walking rather than spending time deep underground the city. Walking along the River Thames is especially scenic ― the South Bank is full of restaurants and visitor attractions while the North Bank is quieter (and also the perfect running route).” ― Elle Linton, blogger at Keep It SimpElle

“A mistake I see travelers make in London is taking the Underground from Leicester Square to Covent Garden, as most don’t know it’s actually just a short walk between the two stops. By walking you can enjoy the surroundings of the area, and avoid the busy Piccadilly line and the dreaded lifts at Covent Garden station.” ― Paula Holmes, blogger at The LDN Diaries

“It is generally cheaper to travel on the tube and bus by paying with an Oyster Card or contactless bank card than buying single tickets.” ― Crivellaro

10. Going To The Middle Of The Tube

“Some of the biggest mistakes tourists make when visiting London are tube- and underground-based. Of course, the biggest is not standing on the correct side of the escalator, but I also think always going in the middle of the tube is another huge mistake. As local Londoners, we know that the ends of the tube are always much less busy!” ― Ellie Quinn, blogger at The Wandering Quinn 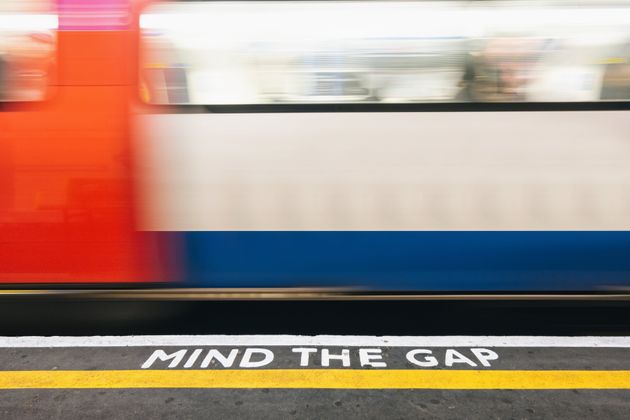 “Tourists use the tube more than they need to. London has one of the best bus networks in a European city, and it’s much cheaper than the tube. Instead of jumping on the tube, get on the bus more and actually see London.” ― Ronke Lawal, blogger at Who’s For Dinner?

12. Eating At The Wrong Places

“Many people don’t research where to eat properly and then complain that British food is dreadful. Yes, like most places in the world, we have some restaurants that no one will get excited about. Many of our pubs serve really great British food ― but many of them are part of large chains and serve our equivalent of a Burger King meal. Check out where to visit using local blogs written by Londoners rather than relying on other visitors to our city!” ― Fiona Maclean, blogger at London-Unattached

“I would always recommend booking attraction tickets and activities online in advance to save time and avoid disappointment. The queues can be terrifyingly long at busy times at some of the most popular attractions in London, but you might be able to whizz through if you come prepared with a pre-purchased ticket.” ― Tine Farstad, blogger at Mummy in the City

14. Sticking To The Beaten Path

“The mistake tourists make when they visit is sticking to the beaten path. Using the same organized tourists’ plan created by the city is great, but to find London, pick up a Time Out magazine and find out where the locals will be. Social media also allows you to reach out to people who do similar things to you and have similar interests. Reach out to them and they can connect you or guide you around their own version of London.” ― Vesta Fosu, blogger at Chocolate~n~Curves

15. Overtipping At Restaurants And Bars

“It’s OK, we don’t expect a tip. It’s just not our culture to tip, no matter what the quality of service is. The U.K. service industry worked that out years ago and we have gratuity worked into our bills over here; the standard is 12.5%. Be careful though, some barmen include that in the cost just for peeling a cap off a bottle of beer. You’re well within your rights to take off the gratuity, it’s not mandatory.” ― Thompson

“Arguably the most iconic piece of architecture in all of London is Big Ben. It’s a beautiful clock tower that sits adjacent to the Houses of Parliament. However, it’s currently shielded by scaffolding, and the bell won’t even toll for another 10 years. It’s still a beautiful part of town, but don’t expect those picture perfect shots.” ― Thompson 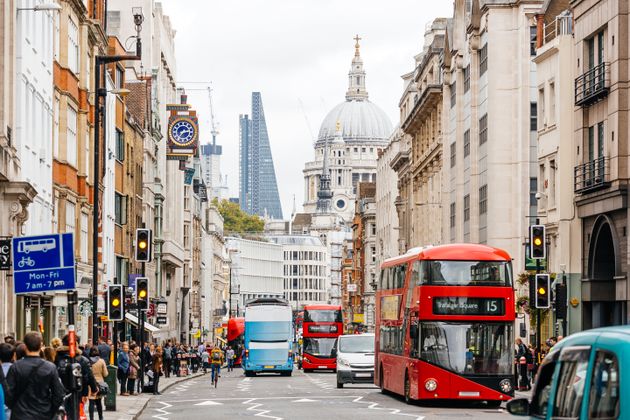 17. Missing Out On The River

“There’s a great river boat service that operates a hop on/drop off service. It’s seldom crowded, has a bar and coffee shop, and you can travel from Westminster to the Tower of London by river in less than half an hour for around £7.” ― Maclean

“When we do a day of sightseeing, I sometimes use the river boat service, as it’s a comfortable way to travel around the city and it can be convenient for getting to a large number of London’s attractions. It is, however, easy to miss a departure, and I would strongly recommend looking at the times guide before heading to the pier if you’re on a tight schedule.” ― Farstad

“There are so many other lovely places to go for shopping, rather than heading for Oxford Street. There’s Kings Road, Marylebone, Elizabeth Street and gorgeous local high streets in Hampstead and Crouch End.” ― Loves

19. Eating Only Fish And Chips

“So many tourists seek to eat fish and chips in London. One of the most popular adopted London dishes is chicken tikka masala.” ― Heinrichs

20. Spending A Lot Of Time In Piccadilly Circus

“There’s not much to do in Piccadilly Circus, apart from watching all the other tourists staring up at the billboards wondering what the fuss was all about.” ― Loves

“Don’t overlook the lesser-known areas when planning your itinerary! Yes, Big Ben is fab, and Trafalgar Square is a great place to befriend a pigeon. But there are some really beautiful and exciting parts of London that are a lot less packed! For example, Greenwich is a wonderful little town where you can spend the day. It has an architecturally stunning university, wonderful park with views over London, a riverside with views over the city and lots of great restaurants and markets.” ― Eboni Dixon, blogger at Eboni + Ivory

READ:  Border mayor pleads for patience over 'dog's breakfast' of a closure 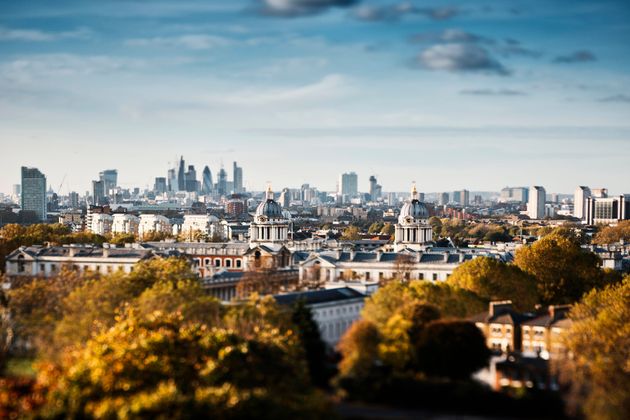 22. Not Planning Transit In Advance

“The biggest mistake has to be thinking that London is easy to navigate. You could wander up and down Oxford Street all day with millions of other tourists, but many of London’s best ‘sights’ and experiences are found in outer city side-streets and lesser-trafficked areas. Because of this, I always advise people to research the places they want to visit ahead of time, group nearby sights together so that you can explore a new area each day, and download CityMapper for on-the-go navigational help.” ― Lela London, blogger and presenter

23. Buying Coffee From A Chain

“Buy from an independent cafe. There is excellent coffee in London and the indies are all over it ... Get out of central London and head to the villages of London and sip a coffee in Notting Hill, Hackney, Shoreditch or Maida Vale.” ― Loves

24. Getting Mixed Up In Rush Hour Chaos

“If you’re a tourist you can most likely avoid rush hour, and you’ll be so happy you did. Stay away on particular from the main interchange stations and avoid all the pushy shovey commuters!” ― Loves

25. Missing Out On Deals

“One mistake is not using deals/vouchers sites for restaurants and experiences. There are so many great offers for afternoon teas, tours and experiences... You obviously don’t have to use voucher deals for everything but some of the quintessentially London experiences can be found on those sites.” ― Lawal

“Free London is amazing. Do your research and and plan well. There is so much you can do for free ― museums, galleries, experiences, music, etc.” ― Loves

Quotes have been edited and condensed for clarity.