The Australian Olympic Committee (AOC) says there’s no doubt Australian athletes want to compete in the 2020 Toyko Olympics, but as travel and mass gathering bans kick in, it’s unclear whether plans for the July sporting event will go ahead…

The Australian Olympic Committee (AOC) says there’s no doubt Australian athletes want to compete in the 2020 Toyko Olympics, but as travel and mass gathering bans kick in, it’s unclear whether plans for the July sporting event will go ahead.

Speaking at a press conference on Thursday, AOC’s CEO Matt Carroll said he’s waiting for advice from the International Olympic Committee (IOC) as the coronavirus crisis continues 16 weeks ahead of the opening ceremony.

“We remain focused on the planning and preparation of the Australian team to the Tokyo Games, for 14 July opening in four months’ time,” he said.

Emphasising the “AOC is not in a bubble”, Carroll said, “we recognise that people are suffering”, and “the health and wellbeing of Australian athletes is the priority” for the committee. 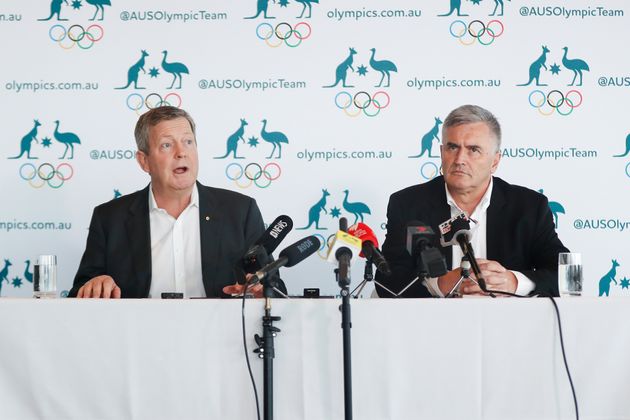 “The AOC put questions to the IOC centred wellbeing and health of athletes which will be answered in coming weeks. We want to get them there safely and get them home safely.”

The Australian team’s chef de mission, Ian Chesterton, said the Toyko Games may be the “only opportunity” for some athletes to compete in the Olympics after years of hard training.

“As Matt [Carroll] said, the clear message from our Japanese friends is the games will continue,” he told reporters.

READ:  Plate Of Origin: Why These MasterChef Contestants Will Be Watching

Getting Athletes To Japan ‘Coronavirus Free’

In order to get the athletes to the games coronavirus free, several measures will need to be enforced. Chesterton said these could include implementing longer base camps in Australia before travel to Japan, or longer base camp options in Japan where they’re in a controlled environment before the games begin.

Special charter flight arrangements may be made to get the athletes to Tokyo just in time for the games.

The AOC has put forward a series of questions for the IOC to answer in consultation with the World Health Organisation and Japan’s government.

“What assurances can the IOC give us about the athlete village? What testing availability will be there for the virus? If a virus breaks out during the games, what will happen there?

These statements from Carroll and Chesterton come after former Australia chef de mission and Olympic rowing champion Nick Green cast doubt on the Tokyo Games, saying it would be “very difficult” to hold them as the world grapples with the global coronavirus pandemic.

Green, who led Australia’s delegation to the 2012 London Olympics, said the widespread bans on mass gatherings by governments over the past two weeks had changed his mind about the chances of Tokyo going ahead in July.

READ:  Illinois Mayor Sends Police To Break Up Parties. They Found His Wife At One Of Them.

“A couple of weeks ago, I was as confident as everyone else, saying the Olympics would go ahead, no problem,” Green told Fairfax media.

“Only the world wars have stopped the Olympics from proceeding aside from a few boycotts here and there.

“I’m pretty robust about it but I don’t have the same robustness in my thinking now. I actually can’t see how the Games can go ahead, to be frank.”