These athletes turned their focus from the field to film!
Becoming an elite athlete is a time intensive process and requires a whole lot of talent, just like actors who are looking for their big break in Hollywood. Doing both see… 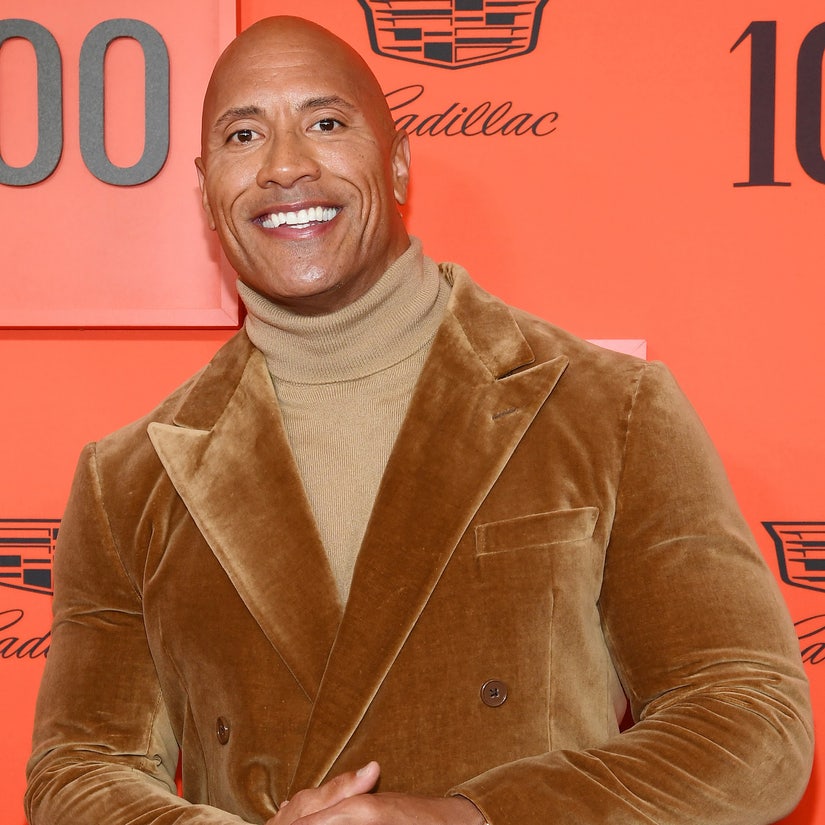 These athletes turned their focus from the field to film!

Becoming an elite athlete is a time intensive process and requires a whole lot of talent, just like actors who are looking for their big break in Hollywood. Doing both seems almost impossible, and yet some stars have managed to make a name for themselves in both fields!

Whether they got their start in the WWE ring or as a college football recruit, these actors have all found fame after creating a career in sports. Celebs like John Cena, Dave Bautista, and Terry Crews were all better known as athletes before making the leap to acting. And while some former athletes made a conscious decision to pursue the arts, others unintentionally segued their career to entertainment. However they decided to make the move from athlete to actor, one thing’s for sure — it really worked out for them!

Find out which actors got their start as athletes…

Dwayne Johnson has gone from taking on opponents in the WWE ring to being one of the highest paid actors in the world. Dwayne started his wrestling career in 1996 and after quickly becoming a fan favorite, he made his big screen debut in 2001’s “The Mummy Returns.” Since then, he’s appeared in over 40 films and shows, including “Jumanji” and “Ballers.” Despite his major success, Dwayne says he was initially hesitant about beginning his acting career.

“When I had a goal to transition into acting…I wanted to have a real, long-lasting career that had weight and had value. And I wanted to become a real box office presence…I was prepared to work my ass off but I also knew, I gave myself a 10-12 year plan, but life is so unpredictable. I was really nervous because I also knew historically it didn’t matter. Whoever was successful in another arena, just because you were a successful professional wrestler did not mean, in any uncertain terms, that you were gonna become a box office draw or a legitimate movie star. There were no guarantees,” Dwayne said on Instagram.

Before Jason Statham was a leading man in action films, he was actually a professional diver! He was a part of the British National Diving Team for almost 10 years and even competed in the 1990 Commonwealth Games. During that time, Jason began modeling and eventually met Guy Ritchie, who cast him in “Lock, Stock and Two Smoking Barrels.” Since then, he’s earned roles in some pretty major films.

“I spent 12 years on the national squad. And it was a great experience, you know, to travel the world and compete at a certain level. It teaches you discipline, focus, and certainly keeps you out of trouble,” Jason said of his diving career.

John Cena is a 16-time world champion in the wrestling ring but has gone on to become a box office star and a notable on screen personality. He first decided to try his hand at acting back in 2006 and landed the leading role in “The Marine.” Since then, he’s been in flicks like “Trainwreck,” hosted the Kids Choice Awards, and will have a major role in the new “Fast & Furious” movie.

READ:  It's one month until the US election, and Trump has COVID-19. Now what?

“WWE uses sport to entertain. It’s an infinite narrative so we tell the story of good versus evil.  It’s storytelling, just like acting is. It’s essentially the same thing. It’s just the major difference is the theater aspect of it…In WWE, we’re very big, very animated. When you’re plastered on a 70-foot screen, subtleties count and that’s the biggest hurdle I’ve had to overcome is to turn myself way down, because that’s the biggest difference between being on screen and in an arena,” John told ESPN.

Arnold Schwarzenegger was barely out of his teens when he became the youngest Mr. Universe winner ever and turned bodybuilding into an internationally known sport. Soon after, Arnold moved from his home in Austria to Hollywood, where he pursued other entertainment endeavors. He quickly made a name for himself, starring in films like “Hercules,” “Conan the Barbarian,” and the “Terminator” series.

“I have to say that I’m very fortunate that I’ve had this extraordinary career. Not only in acting and in show business but also in bodybuilding…That I was able to bridge over to acting even though the majority of people in Hollywood said it would never happen because of my accent because of my body being overly developed, and because of my name — that it wouldn’t be able to pronounce. All those kinds of excuses. So, I did not listen to the naysayers and was just going after my vision. I was very happy it then worked out,” Arnold said during a Q&A.

Dave Bautista became a recognizable name as a six-time World Heavyweight Champion in the WWE before deciding to retire in 2010. He went on to pursue other opportunities in the entertainment industry, and ended up landing roles in films like “House of the Rising Sun” and “Blade Runner 2049.” He became most well known for his role as Drax the Destroyer in “Guardians of the Galaxy” and even temporarily came out of his WWE retirement to promote the film. Now, Dave is focusing on gaining respect as a dramatic actor.

“I was a wrestler. Now, I’m an actor…I want good roles. I don’t care about ‘Fast and Furious’ or ‘Bumblebee.’ That’s not the kind of stardom I want. I want to be in ‘Dune,’ I want to work with Denis Villeneuve. I want to work with Sam Mendes and Jodie Foster, I want to work with Academy Award winners. I’m proud to be a character actor. I want that respect and credibility and education,” Dave told the Tampa Bay Times.

Forest Whitaker was on his way to a professional football career when he received a scholarship to play at California State Polytechnic University. Unfortunately, a back injury sustained during college ended his athletic career but it opened the door to something new — his acting career. And it just so happens that his breakthrough role as a football player in “Fast Times at Ridgemont High” merged his love of acting with his passion for the sport.

“An agent saw me in ‘The Beggar’s Opera,’ and I got cast with Sean Penn and Nic Cage in ‘Fast Times at Ridgemont High’ as the school football hero. But I’d just gotten my weight down! I had to eat and eat to be convincing as a football player again, even though in real life, I was one,” Forest told AARP.

Matthew Perry actually had a career as a professional tennis player before landing his breakout role in “Friends.” He says that while he was a nationally ranked player in Canada, he didn’t do as well once he moved to the United States.

“Giving up tennis wasn’t really a decision I had to make. I was a very good tennis player in Ottawa, Canada — nationally ranked when I was, like, 13. Then I moved to Los Angeles when I was 15, and everyone in L.A. just killed me. I was pretty great in Canada. Not so much in Los Angeles. It was insane. I realized I wouldn’t be playing tennis for a living, so I went for acting,” Matthew told Men’s Health.

John Goodman had his sights set on a professional football career growing up and ended up heading to Southwest Missouri State University to play on their team. After an injury ended his career in sports, John changed his major to theater and he decided that was what he wanted to pursue in the future. By 1988, he was cast in his breakthrough role in “Roseanne,” which skyrocketed him to stardom.

Before Burt Reynolds was known as an actor, he was a football player! Burt attended Florida State University on a football scholarship and was even rumored to have garnered the attention of the Baltimore Colts before injuries ended his NFL dreams. While Burt eventually made the transition into acting, he wrote that it took him a while to get over his football dreams.

“I think I could have made it to the NFL. The pros were even sniffing around me…It would take a long time to get through my thick skull that there could be more to life than playing football and chasing sorority girls,” Burt wrote in his memoir ‘But Enough About Me.'”

Ed O’Neill attempted to make it to the NFL before he launched his acting career. He tried out for the Pittsburgh Steelers in 1969 but was cut during training camp. He was offered a chance to play for the Eagles but turned it down to pursue other opportunities. He moved onto acting and finally landed the lead role in a Broadway play 10 years later. Throughout his career, he’s become known for his roles on “Modern Family” and “Married..with Children,” where he happened to play a former high school football star.

READ:  Top Tips For Surviving A Lockdown – From The People Living It Right Now

“[The Steelers coach] said I can get you with the Eagles…but you gotta tell me right now. I said, ‘I’m done.’ It was a spur of the moment decision. I had knee problems and to be honest, I was sick of football. And I said, ‘No, I’ll do something else,'” Ed said on “The Rich Eisen Show.”

Terry Crews had his eyes on a career in entertainment before he even began his football journey! He originally wanted to attend the Detroit Center for Creative Studies but knew he could get a full scholarship if he played football for Western Michigan. While in school he was drafted into the NFL, where he played for four years before landing his breakout role in “Friday After Next.”

MMA and Muay Thai fighter Gina Carano decided to make the transition to acting shortly after one of the biggest moments of her career — when she and her rival Cris Cyborg became the first two women to headline a major MMA event, which at one point was the highest rated fight in Showtime history. A few years later, she landed her first leading role in “Haywire” and has since appeared in projects like “The Mandalorian” and “Deadpool.”

Before beginning his acting career, Chuck Norris gained a black belt in Tang Soo Do, Brazilian jiu jitsu, and Judo. He landed his first role in “The Wrecking Crew” thanks to Bruce Lee and  continued to use his martial arts expertise in films like “Good Guys Wear Black,” and “Forced Vengeance.”

“Bruce Lee was the stunt coordinator on [‘The Wrecking Crew’], and he asked me if I wanted to play this part. And I said, ‘Oh yeah, it sounds exciting.’ So they gave me the script, and I had one line in it. I studied it for two weeks, trying to figure out how to say it. On the day of shooting, Bruce wasn’t even there. Before he went off to do something else, he said: ‘Oh, you know how to do the fight scenes. You don’t need me here.’ But I was nervous as can be,” Chuck told Black Belt mag.