A scathing report into the Ruby Princess cruise debacle has described an expert panel's decision to deem the ship low risk "as inexplicable as it is unjustifiable".

The 320-page document, released this afternoon after a Special Commission of Inquiry, found everyone on the ship should have been tested for coronavirus.

The inquiry was led by high-profile barrister Bret Walker. 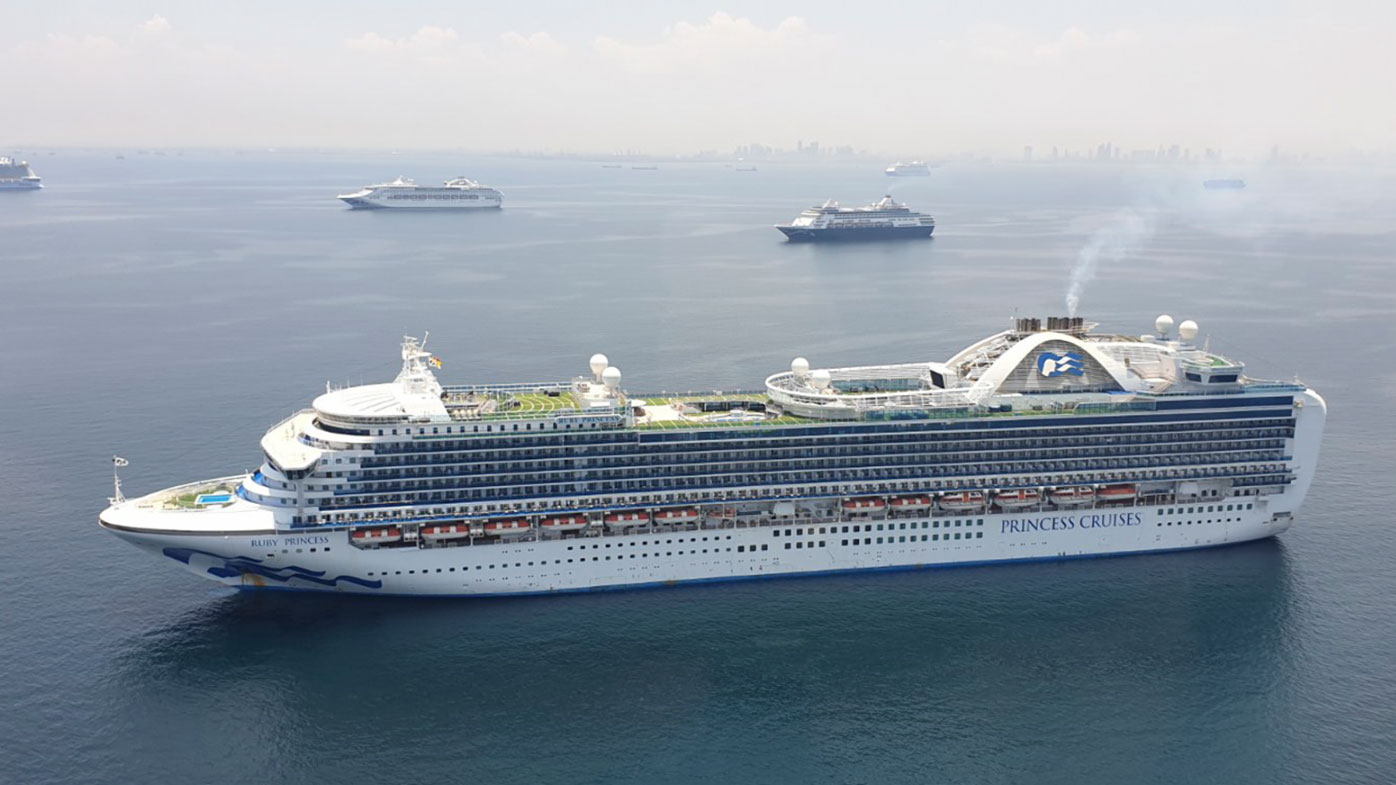 "In light of all the information the Expert Panel had, the decision to assess the risk as 'low risk' – meaning, in effect, 'do nothing' – is as inexplicable as it is unjustifiable," the report reads.

"It was a serious mistake."

"The delay in obtaining test results for the swabs taken from the Ruby Princess on the morning of 19 March is inexcusable," the report reads.

"Those swabs should have been tested immediately."

The Ruby Princess docked in Sydney Harbour on March 19.

Despite concerns of a coronavirus outbreak on board, around 2700 passengers were allowed to disembark and continue their travel. 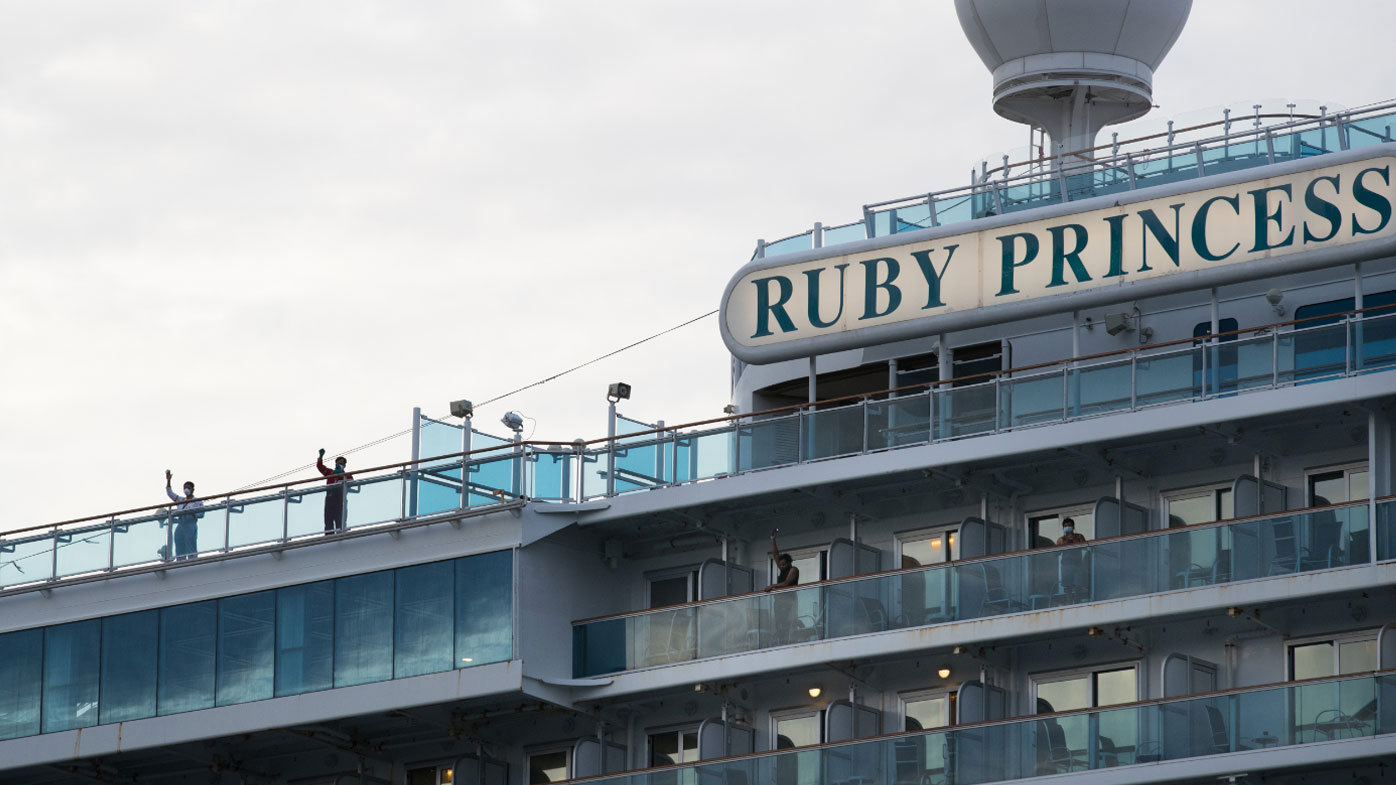 The report linked more than 900 COVID-19 cases and 28 deaths to the ship, including 20 in Australia and eight in the US.

It also found 16 per cent of the crew contracted the virus, while almost 40 per cent of Australian passengers were infected onboard.

"To a considerable extent, the public health consequences are illuminated by the number of passengers and crew who ultimately contracted COVID-19 during and following the 8 March voyage of the Ruby Princess," Mr Walker found.

All passengers should have isolated in Sydney

The decision to allow more than 2700 passengers to get off the ship and travel both domestically and internationally did not comply with the Public Health Order, the report found.

The health order implemented on March 17 required all cruise ship passengers entering NSW from any other country to isolate themselves in suitable accommodation for 14 days.

"Under the terms of the Public Health Order, the State Government should have arranged suitable accommodation for all passengers who were not residents of the State," the report found.

A fact sheet sent to passengers on March 20 incorrectly advised them they were allowed to continue onward travel despite being "close contacts" of a confirmed COVID-19 case. 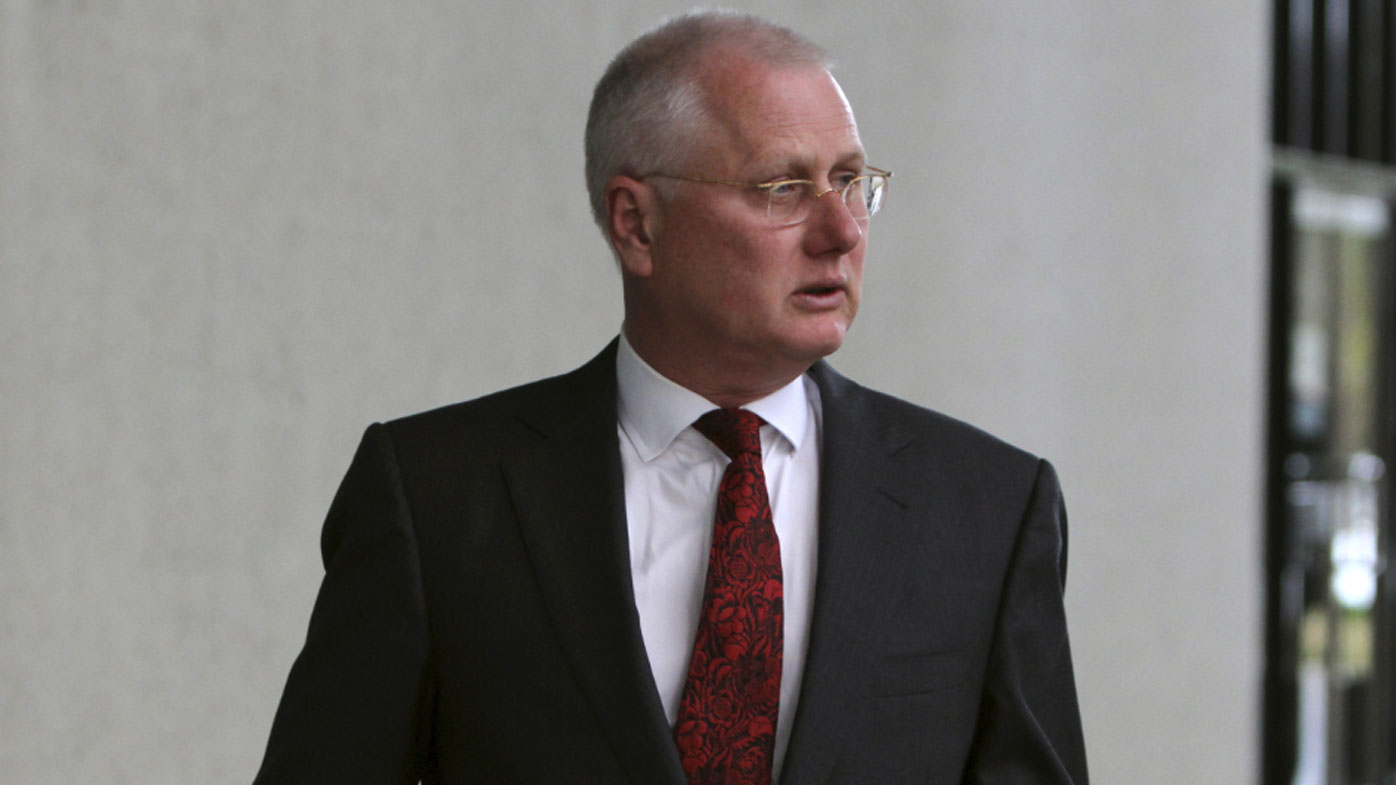 As passenger illnesses on the ship spiked on March 17, Greg Jackson of Carnival sent a text to Peter Little, the Senior Vice President of Guest Experience for P&O Cruises.

"… Ruby numbers gone Berserk in last 48 hrs. I took my eyes of the game yesterday (sic)," he wrote.

These cases had not yet been diagnosed as coronavirus but were determined to be acute respiratory illness or influenza-like illness by the medical team on board the ship.

When Mr Little was asked if he should have ensured NSW Health was aware of the "significant spike" in sickness, he conceded that "in hindsight ... it was something I could have done".

In the report, Mr Walker commended Mr Little for his honesty.

Mr Walker said the Australian Border Force, which was involved in migration and contraband processes with the arriving ship, was not to blame for the failures around the Ruby Princess.

"Given its lack of medical or epidemiological expertise, it is well for the public good that the ABF (and, for that matter, the Department of Home Affairs) do not bear any responsibility for the Ruby Princess mishap," the report reads.

"As this Report was being finished, some interesting journalism was published that advanced the notion that a basic misreading by an ABF officer of negative influenza results as meaning negative COVID-19 results, had somehow contributed to the decision to let the passengers go as they did on 19 March."

He added: "To repeat, neither the ABF nor any ABF officers played any part in the mishap." 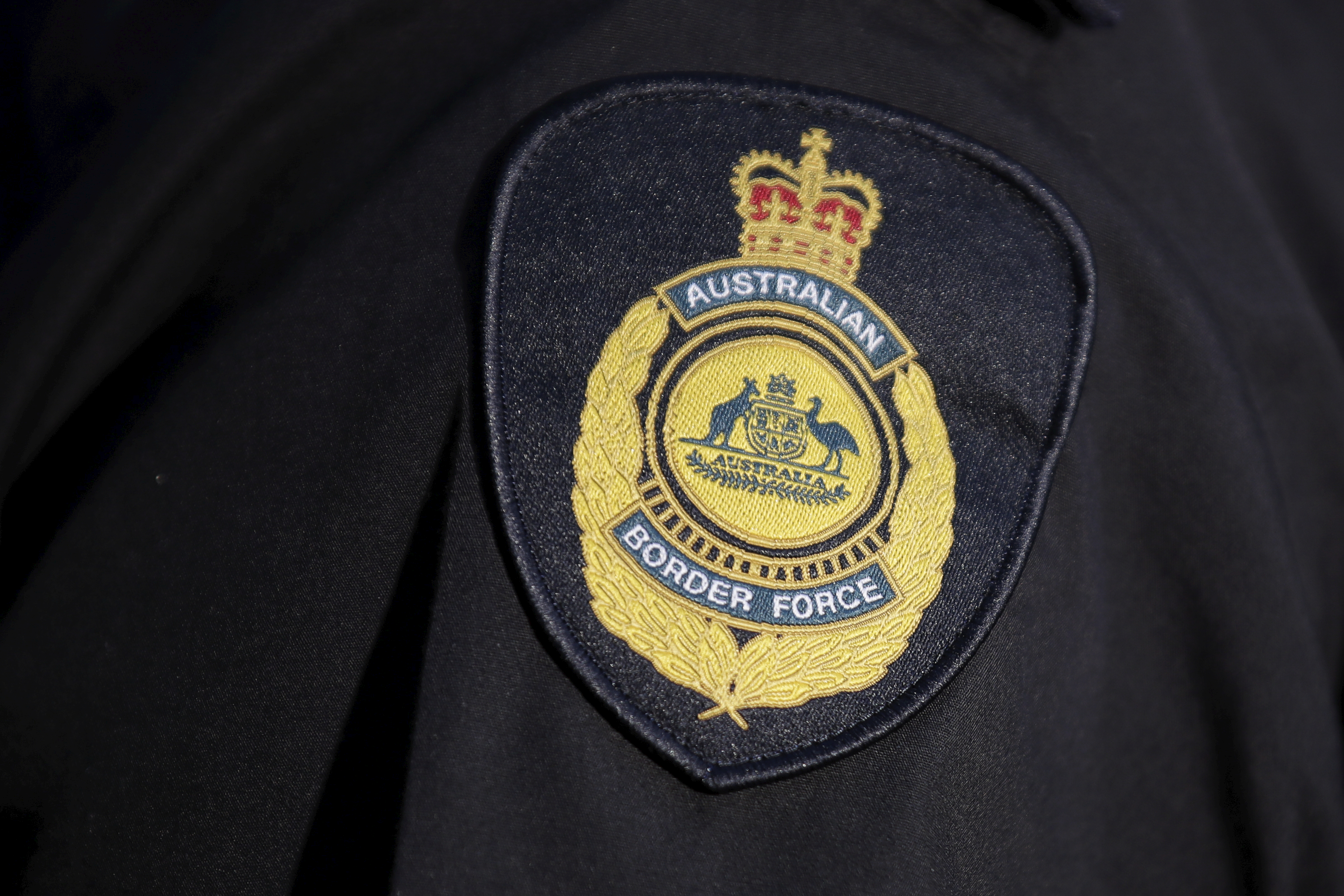 The NSW Health expert panel behind the risk assessment of the Ruby Princess on March 18 comprised of:

After passengers on board fell ill, the journey was cut short and the ship returned to Sydney.

Doctors onboard the ship had informed port they had a number of passengers displaying flu-like symptoms before docking on March 19.

Despite this, passengers were allowed to leave the ship unchecked.

Just a week later – after about 2700 passengers had returned to their homes around the country and overseas – the ship was linked to hundreds of positive COVID-19 cases.

A class action by the victims of the ship has been launched against Carnival Plc and Princess Cruise Lines.

Premier to respond next week

NSW Premier Gladys Berejiklian said she has released the report in the interest of transparency and will respond after the weekend.

"The NSW Government would like to thank Commissioner Bret Walker SC and his team for their hard work on the Special Commission of Inquiry into the Ruby Princess," she said in a statement.

"I have just received the report.

"In the public interest and for full transparency I am releasing it immediately.

"I will read it over the weekend and respond early next week."

Princess Cruises welcomed the inquiry's findings and expressed its "profound sorrow at the impact COVID-19 has had on Ruby Princess's guests, crew and their families".

It noted Mr Walker's finding that none of the company's staff deliberately misled health or port authorities as the Ruby Princess arrived in Sydney.

"Our hearts go out to everyone who has been affected, particularly those who lost loved ones," the company's president Jan Swartz said in a statement.

"The Commission's report confirms that none of our people — the Captain, the ship's doctor, or members of our shore side port agency team — misled public authorities involved in Ruby Princess being permitted to disembark guests on March 19.

"This finding is of great importance to us because it goes to the integrity of our people.

"In our more than 20 years in Australia, we have always sought to cooperate honestly and professionally with officials in accordance with the regulatory environment."

"We acknowledge the Commission's specific comments about Carnival and we will consider these comments to the fullest possible extent.

"Princess Cruises also welcomes the Commission's attention to improving information sharing and coordination among government agencies in the future.

"In our submission to the inquiry, we agreed that this area deserved consideration.

"We look forward to collaborating with government agencies and industry peers to improve these systems.

"Our overriding objective is to ensure cruising is a safe and enjoyable pastime for the millions of people who value exploring the world by sea as their preferred holiday choice.

"Princess Cruises has developed strong relationships with our guests, travel agents and other stakeholders in Australia and over decades we have also worked closely with the Australian Government, State Governments and their agencies on many initiatives to build and invest in the cruise industry in Australia.

"We will now take some time to consider the Commission's findings.

"In the light of ongoing legal proceedings, we are not able to add to these comments at this time." 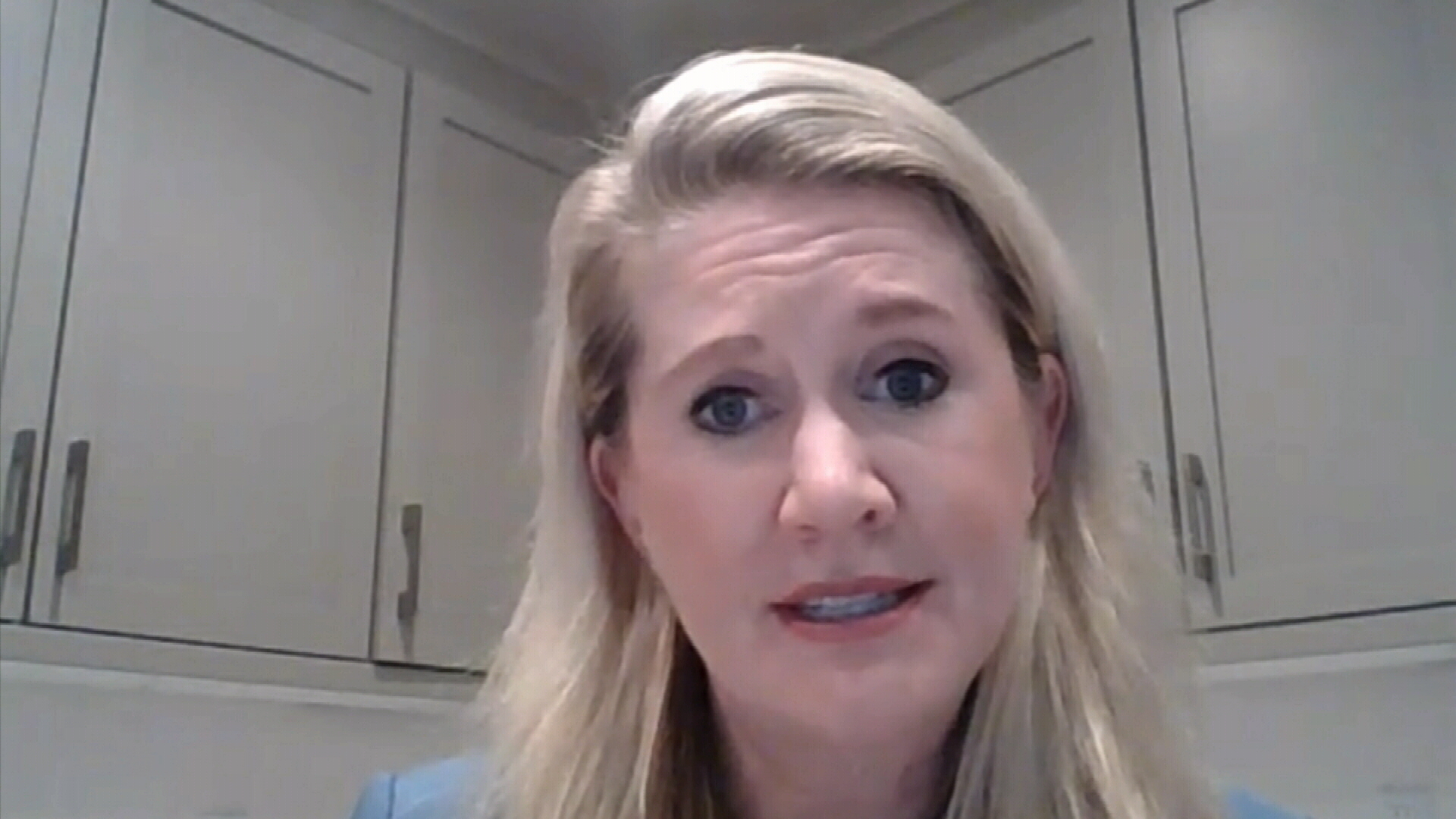 NSW Opposition Leader Jodi McKay called on Ms Berejiklian to apologise over the handling of the Ruby Princess saga.

"NSW Labor was first to call for this Special Commission of Inquiry and we maintained from the beginning that the failings of the NSW Government led to this major public health crisis," Ms McKay said.

"As has been comprehensively found by the Special Commission, 'serious', 'inexcusable' and 'unjustifiable' mistakes were made by the NSW Government.

"This morning I called for the Premier to implement the recommendations of this report in full and take responsibility for the actions of her Government.

"I repeat this and urge the Premier to issue a sincere apology for these serious failings.

"Again I issue my sincere condolences to the families of the 28 people who lost their lives and the more than 1000 people who contracted COVID-19 as a result of the Ruby Princess."